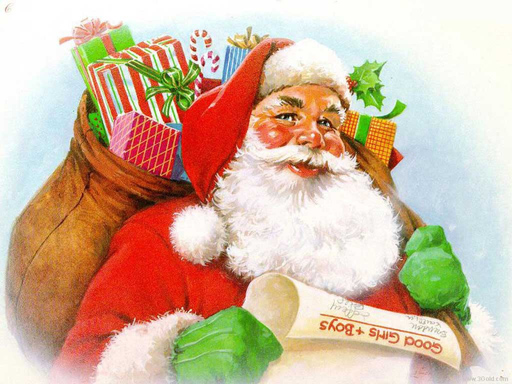 Christmas is such a ubiquitous part of our lives that many of us don’t give it a second thought. But do you really know how Santa Claus came about and is Christmas Day really the birthday of Jesus Christ? Here are 5 facts about Christmas that you might not have known. Save these up for your Christmas party, perhaps?

1. Saint Nicholas is more than just the patron saint of children

Saint Nicholas, the man who inspired Santa Claus, is widely regarded as the patron saint of children because of his good deeds in saving and helping children in need. But Catholics in 7 countries recognise him as more than just that. According to the book Saints Preserved: An Encyclopedia of Relics, Saint Nicholas is also the patron saint of unmarried women, prisoners, thieves and pawnbrokers.

2. The original Santa didn’t have a beard

You read that right. According to the book One Night Stands with American History, the original Saint Nicholas a.k.a. Santa Claus that 17th century Dutch settlers brought with them to America was “tall, slender and very dignified”. The beard and jolly, plump figure only came later when the artist and political cartoonist Thomas Nast added them to his Santa Claus in Harper’s Weekly in the late 19th century.

Christmas might be when Christians celebrate the birth of Jesus Christ, but Jesus wasn’t actually born on 25 December. Early theologians are apparently unable to agree on an actual date; for example, an Alexandrian bishop claims that Jesus was born on 18 November while others have cited a document found in North Africa that purportedly show Jesus was born on 28 March. The date 25 December was eventually chosen in the 4th century, and that’s the date we’ve kept till this day.

4. ‘Jingle Bells’ was supposed to be a Thanksgiving jingle

For many of us, ‘Jingle Bells’ is the Christmas song, but it wasn’t originally intended as such. According to Mental_Floss Magazine, the composer of ‘Jingle Bells’, James Lord Pierpont, wrote the song in the 1850s to play for his Boston Sunday school class during Thanksgiving. Kids and adults alike loved the song so much that someone eventually changed the lyrics to fit Christmas instead.

5. The real meaning (and use) of mistletoe

The word “mistletoe” is today associated with Christmas parties and kissing underneath it, but the Germanic word for mistletoe actually means, “dung on a twig”. Reason: A bird called the mistle thrush eats the berries of the mistletoe plant, digests the seeds and leaves droppings that eventually grow into new mistletoe plants, hence its name. Also, more than just being useful for stealing a kiss, mistletoe has long been a symbol of virility and fertility in some cultures, with the Druids believing it to be a physical aphrodisiac.