Why are we called Red Kellys Tasmania?? Part 1


17/08/17 – We’ve found over the years our business has been called many things; Ned Kelly Sauces, Ned Reds, Red Dressing, Kellys dressings and so on (as well its proper name).
But just where did the name come from? And who or what was or is Red Kelly? And does it have anything to do with the infamous bushranger Ned Kelly? Well, here are the answers and more and it all starts in Ireland at the start of the 18th century….

On February 20th, 1820 in Tipperary, Ireland, John Kelly was born to parents Thomas Kelly (19 years old at the time) and wife Mary Cody. The young couple went on to give John 4 brothers and 2 sisters in the Kelly homestead in Clonbrogan.

At the ripe old age of 20 John was convicted of stealing 2 pigs. It was not his first brush with the law and this time John was off to jail for more than a few weeks or months. And so, 18 months later, John Kelly was bundled aboard the “Prince Regent” in Dublin and spent the next 6 months sailing to the other side of the world. On January 2nd, 1842, John Kelly alighted on the banks of the Derwent River in Van Diemens Land (Now Tasmania) as a convict. He now sported a thick crop of hair and large beard that were described by journalists of the day as being a “Fierce Red” colour; and thus, his name “Red” Kelly was coined.

Red Kelly served as a labouring convict in Tasmania and towards the end of his sentence found himself on the road gang constructing the new road from Evandale to Longford in Northern Tasmania. In July 1845, he was granted his certificate of leave and over the next few years Red spent some time around the village of Westbury a little further north west of Longford. It was here that he was seen on more than one occasion drinking ale at Fitzpatrick’s Inn with Martin Cash. Other than a minor fine for drunk and disorderly, Red kept a clean record until he was granted his certificate of freedom at the start of 1848.

At some stage over the next 12 to 18 months Red crossed Bass Strait and found work as a carpenter with other Irish settlers around Donnybrook and Kilmore. In November 1850 Red, married Ellen Quinn and they had 5 daughters and 3 sons; the eldest being the now infamous Edward “Ned” Kelly. In 1866 Red was charged with stealing a calf from his neighbor and later charged with “Unlawful possession of a hide”. Red spent 6 months in jail where he was reportedly treated poorly and developed an illness. In December of 1866 John “Red” Kelly died…. And his eldest son “Ned Kelly” blamed the police and developed a dislike for them…. But that is another story!

Stay tuned for part 2 next week! 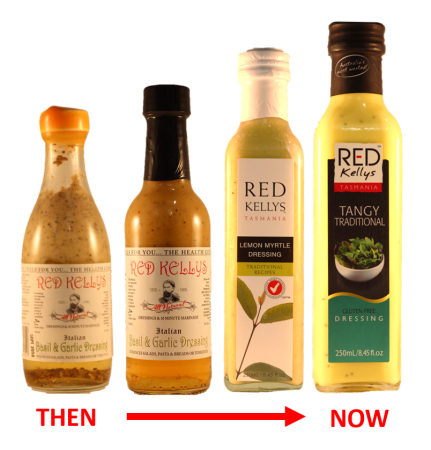