Why are we called Red Kellys Tasmania?? PART 2


25/08/17  – SO… Part 1 has introduced the name and concept of Red Kellys and an interesting insight into the start of the more well-known “Ned” Kellys life. But how did our dressing company come to adopt this name…. To answer this, we must introduce another family from the current era and see where paths crossed (or didn’t)!

In the early 1990’s in Bowen, QLD, Mike Kelly was in a partnership of the local Toyota franchise. He lived with his wife Julie, and 3 children, the eldest boy being a chef. During a holiday to Europe Mike and Julie were dining at a fine restaurant in France. Julie, a keen foody, began chatting to the staff and one thing led to another before the head chef invited her to come and view the kitchen the following evening. During this tour, he showed her many things one of those being the basic concept of a “Sauce” Julie had enjoyed the night before. 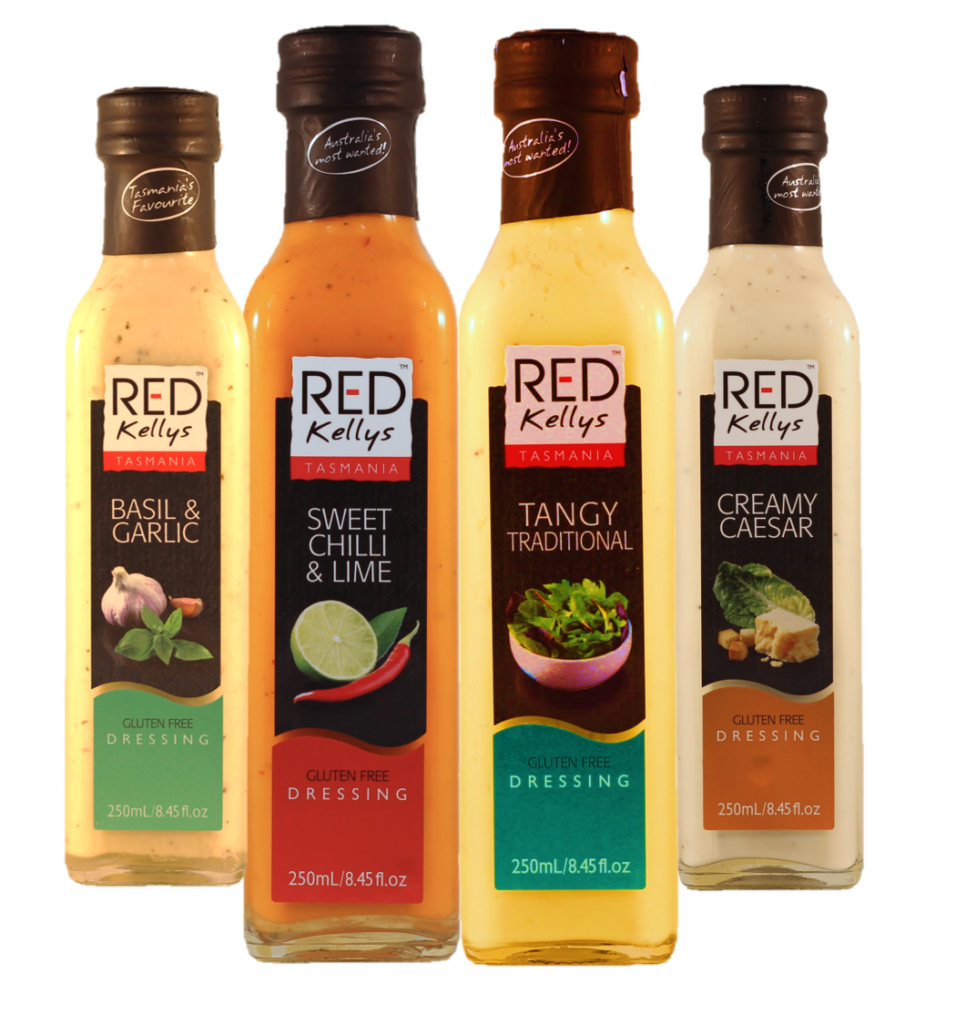 In the mid 90’s Mike got out of the Bowen franchise and the family moved to Tasmania. Mike accepted a position at another Toyota franchise in Launceston (Northern Tasmania) and the family bought a small restaurant called “Andys” in nearby Westbury (see where this is going)… Sadly Mike had quite a large heart attack and was lucky to survive. However, the stress of his job was a contributing factor and Mike resigned from Toyota.

After speaking to locals in Westbury Mike discovered that their restaurant was situated opposite what was once an old pub called Fitzpatrick’s Inn! He then heard of the tales of John “Red” Kelly and this being a favourite watering hole of his. At first Mike wondered if, sharing a surname, he was a descendent of Red’s. Records tell us that Red’s male children never made it as far as having children but you never know…. The modern Kelly’s then decided to rename their restaurant “Red Kellys of Westbury”.

Meanwhile in the kitchen Julie Kelly and her eldest son were busy making everything from scratch for a better meal. Julie made sure to utilise her brief French training and with a few adjustments re-created the sauce she had been taught. The bright yellow, sweet mustard style sauce was constantly given praise by customers and was the perfect condiment for many dishes and side salads.

Now out of work Mike was looking for something more to do and when customers started asking to buy this magical sauce in whatever vessel was available Mike knew they were onto something special. He bottled 200 glass bottles with the product which he called “Red Kellys Traditional Dressing” and went to the Evandale Sunday market. With the help of a few tastings he sold out in 45mins. And thus, Red Kellys Tasmania was born!

Red Kellys Tasmania is now owned by two Hobart families who still catch up with Mike and Julie from time to time.