How well do you know the Tasmanian Devil? 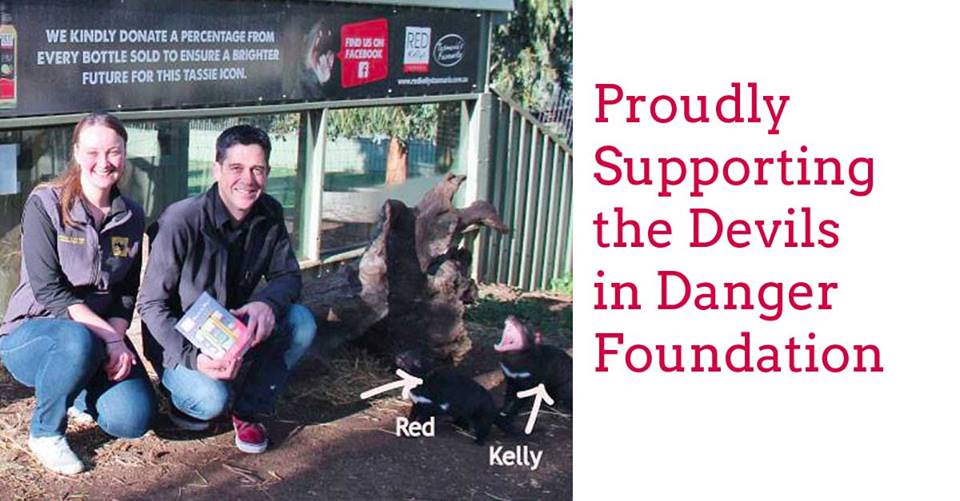 At Red Kellys Tasmania, we love our Tassie Devils. We’re huge fans of the Devils in Danger Foundation here in Tasmania, and we were thrilled to learn recently that one of the Tassie Devils that we support through the foundation is pregnant!

Mention the Tasmanian Devil, and those of us who are of a certain age might instantly think of those Loony Tunes cartoons of our youth, where the spinning, gibbering “Taz” tries to outwit the likes of Bugs Bunny.

Obviously we’ve since learned that the reality is somewhat different, so for the uninitiated, we thought we’d share a few facts about this very unique animal with you.

You might be surprised by the size of these animals the first time you see them, as Tassie Devils only grow up to between 51 and 79 centimetres tall. They are neither large nor do they spin like a whirlwind. Instead they are black, rat-like marsupials with a thick tail and sharp pointed teeth. They weigh between 4 to 12 kilograms and have a distinctive white stripe on their chests.

Tassie Devils are exclusive to Tasmania and prefer to live underground in caves, burrows, or inside logs and under rocks. They prefer forests and coastal shrub lands, and are carnivorous. They eat birds, insects, snakes, fish and even dead animal carcasses, and nothing is wasted – bones, muscle, everything is devoured!

Unfortunately, Tassie Devils do have a bit of a temper, and can throw quite the “tantrum”, letting out shrieks of rage that has been described as “unearthly” screams and howls. Perhaps it’s a good thing then that these marsupials are nocturnal, sleeping during the day and coming out only at night to hunt. They’re hardworking creatures too, sometimes travelling up to 16km to find food.

Despite being fairly solitary animals, Tassie Devils mate around March each year, and the female takes about 3 weeks to produce up to 50 offspring, each around the size of a grain of rice.

Even at birth these tiny creatures are ferociously competitive, and will race each other to latch onto their mother’s nipple, where she can only suckle up to four babies, or “imps”. There’s a good reason for that: the lucky four who make it will survive while the rest will die from malnourishment.

The imps live in their mother’s pouch until around the age of four months. They are then weaned off their mother’s milk, and she will carry them around on her back until they are about eight or nine months old when they are fully grown. The life span of a Tasmanian Devil is around five to eight years.

While the Tassie Devil is indeed under threat, including from the Devil Facial Tumour Disease, growing awareness and the work of organisations such as the Devils in Danger Foundation is making a huge difference in protecting them and helping them to flourish. That’s good news for Tasmania, Australia and the world at large because they’re pretty unique animals that we’d love to have with us for as long as possible. Go, Tassie Devils!