Not a kale fan? Here’s why you need to jump on the kale bandwagon – for your own good 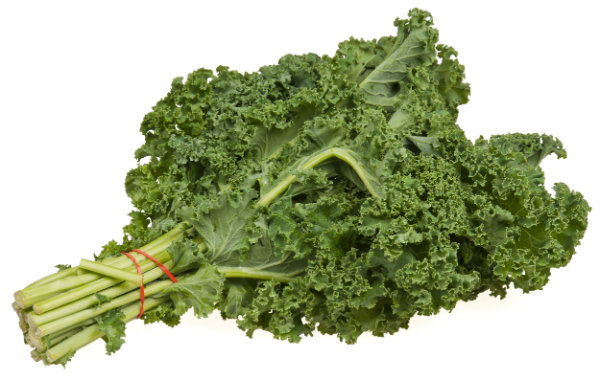 Unless you have been living under a rock for the past 12 months – and we assume you haven’t – then you would have heard of kale, the super vegetable that has been, and still is, all the rage among the health conscious. To be completely honest, we thought that kale, like any other health trend, would enjoy a couple of months in the spotlight, be the “it” superfood for a while, and then quietly fade into the background.

We were wrong. Kale, it seems, is here to stay, and as firm advocates of salads and healthy eating, we simply had to explore this further: why is kale so popular and what exactly are its benefits? Here are the answers.

Kale is a member of the brassica vegetable family, which includes Brussels Sprouts and cabbages. Unlike the cauliflower, the central green or purple leaves of kale don’t form a head, and it can be steamed, boiled or stir fried and served up to complement a number of dishes. Until recently, it was somewhat of a forgotten vegetable when it came to the dinner table; however, recent research findings are now hailing it as a bona fide “superfood”.

What does the term “superfood” actually mean?

There isn’t actually a legal definition of “superfood”, nor a medical one for that matter, but for marketing purposes, superfoods have been described as “nutrient-rich foods considered to be especially beneficial for health and wellbeing”.

Superfoods contain large amounts of vitamins and minerals, but also antioxidants and polyphenols which, when consumed, could reduce the risk of a number of chronic illnesses and help prolong life. What is evident is that people who do eat more superfoods in their diet are less obese and a lot healthier than people who don’t consume them.

What makes kale so special?

There are several reasons as to why kale now takes its place amongst the list of superfoods, not least being its ability to help lower one’s cholesterol levels. When steamed, the fibre related components in this vegetable bind together with the bile acids found in the human digestive tract. Once they are bonded, it becomes easier for the body to excrete the bile acid, thus lowering the individual’s cholesterol levels. Kale also contains glucosinolates and the isothiocyanates (ITCs) made from glucosinolates, and helps the body to detox on a genetic level on a regular basis.

Kale has been linked to providing some protection from other chronic illnesses as well as from oxidative stress. Oxidative stress (OS) occurs when the human body doesn’t have enough antioxidants that are needed to reduce the effect of free radicals. Unstable molecules, or free radicals, are particles that react with other substances found in the human body to create abnormal cells or to damage healthy cells. Oxidative stress is now thought to be involved in a number of illnesses and diseases, from Parkinson’s, Alzheimer’s, heart failure, chronic fatigue syndrome, strokes, autism and others.

Relatively new research, which is still being undertaken, also shows how the phytonutrients present in kale cause the liver to produce enzymes that are used by the body to neutralise potential cancer-causing elements. This makes kale a food that is now considered to have cancer risk lowering benefits, the list of which has been extended to include prostate, ovarian, breast, colon and bladder cancer.

At present, scientists researching the benefits and structure of kale have been able to identify over 45 different flavonoids in it. Most flavonoids carry out the function of antioxidants but they do have other properties, one of which being boosting the property of Vitamin C. Another function of flavonoids is helping to regulate inflammation in the body. Its prevention of excessive inflammation gives kale a leading dietary role in helping to avoid this painful condition, which is yet another reason to get down to the supermarket and pick up this amazing superfood.

What can I make with kale?

Spaghetti Bolognese is a dinner table favourite for many households, and no wonder. It’s easy to prepare, tasty and appeals to both adults and kids alike. So here’s our suggestion: the next time you make this classic, boost its nutritional benefits by adding kale to your recipe.

Alternatively, you can try this Easy Kale Salad recipe from our website. As the saying goes, don’t knock it till you’ve tried it. Happy kale-ing!