Some of the best things about living in Tasmania are the abundant wildlife, stunning outdoors and, of course, the amazing local produce. We count ourselves very fortunate to have some of the best food and drink available in Australia right in our own backyard, and for those who love being outdoors, there certainly isn’t a lack of options either.

As you may or may not have known, we at Red Kellys Tasmania love to go fishing, and to celebrate the arrival of spring, we thought we’d share our pick of the best six fishing spots in our beloved Tassie. Here goes: 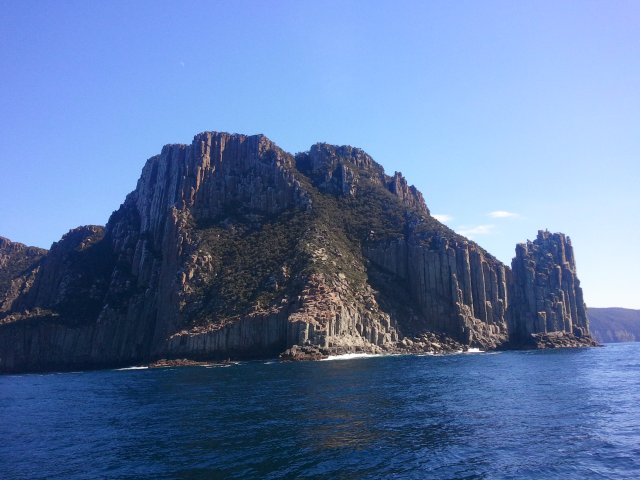 There’s plenty to do at Eaglehawk Neck, including sightseeing, surfing, bush walking and access to the Port Arthur Historic Site, but as far as we’re concerned, fishing is on the top of the list.

Well known for big game fishing – think large southern bluefin tuna, yellowfin tuna, mako sharks, albacore, swordfish and even the occasional striped marlin – there are fishing charters available, or if boats aren’t your thing, then simply head to the jetty in Pirates Bay, near the Blowhole, at dusk and wet a line for some mackerel or calamari.

Alternatively, you could also head out to Eaglehawk Bay where you might be lucky enough to land some flathead from the shore.

Whether you’re an experienced angler, someone who likes to cast a line once in a while or even a fishing newbie, you could do a lot, lot worse than Eaglehawk Neck. In fact, the fishing here is so good anyone who’s less than passionate just might find themselves becoming a convert. 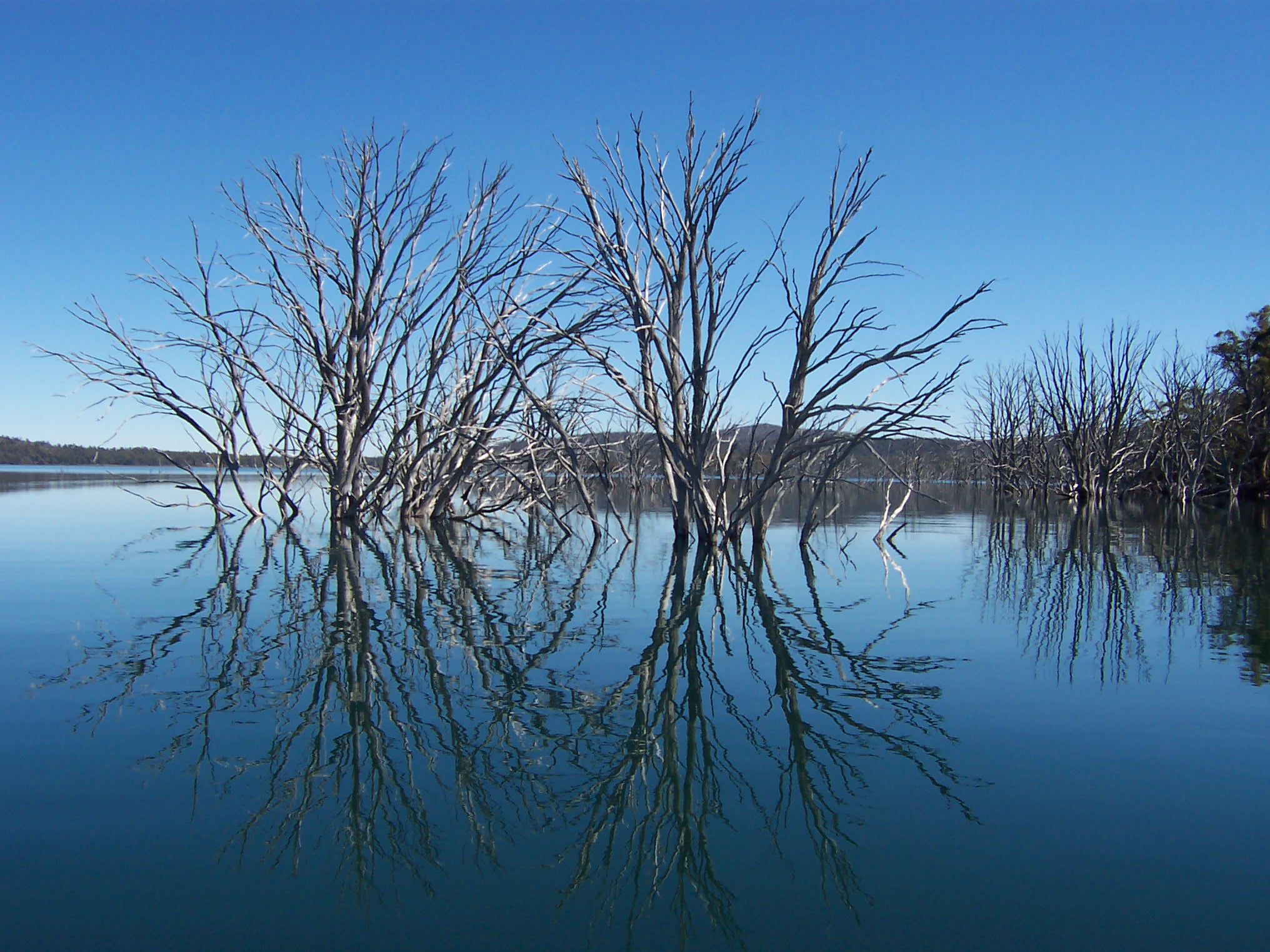 Situated approximately 95 km from Launceston, Arthurs Lake boasts an estimated average catch rate of 2.5 trout per angler per day, averaged over 10,000 anglers, making it one of the best chances an inexperienced angler has of landing a trout. Not surprisingly, it’s touted as the best wild brown trout lake in Australia, and even among the best in the world.

From weedy bays and sandy beaches to tree lined shores and rocky reefs, the environmental diversity and abundant fishing opportunities at Arthurs Lake are staggering, and any fisherman worth his salt would be spoiled for choice.

There’s excellent boat fishing to be had here of course, with three major boat ramps servicing the water – Pump House Bay, Arthurs Dam (for larger boats) and Jonah Bay, which is closest to the famous “Cow Paddocks”.

Jonah Bay and Pump House Bay might be the most well known and very, very popular, but don’t for a second be fooled into thinking that’s all there is to Arthurs Lake fishing. With the help of one of the many guides that work the area, you could (and should) visit different parts of Arthurs Lake that fish better and are less “crowded”. 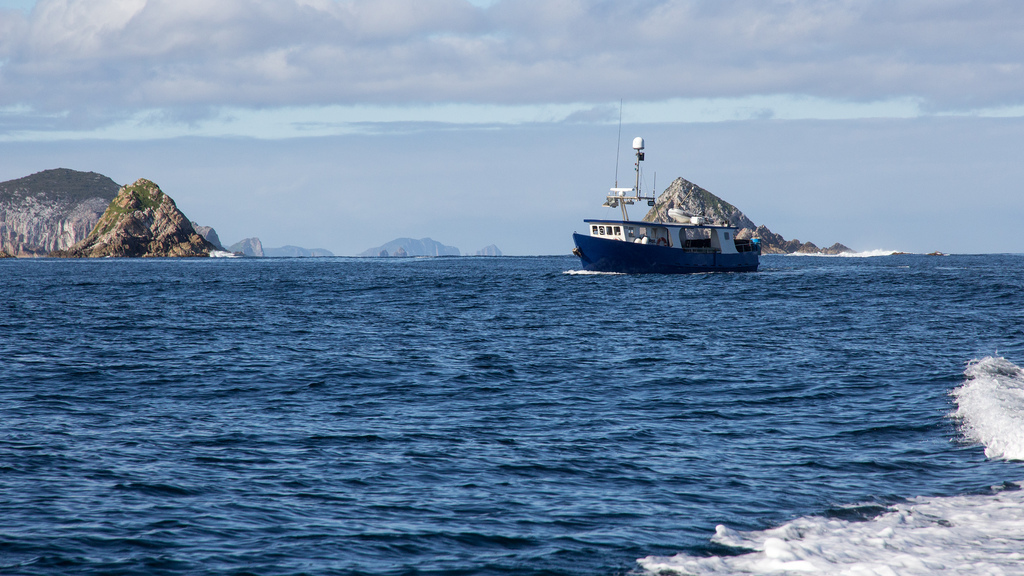 The west coast of Tasmania is perfect for fishing, potting, diving, and did we mention fishing? There are plenty of fishing spots available – from stunning lakes and tranquil streams to mountain rivers and beautiful beaches – and even more fish to be caught! Cray fishing is especially bountiful in these parts, and guides are available to serious fly fishermen who might like to visit those secret places that only the locals know about.

Perhaps surprisingly, surf fishing along the coast isn’t as popular as it should be, because there are some truly stunning surf beaches in the area. Should you decide to engage in some surf fishing, keep your eye (and line) out for Australian salmon!

If you’re in Tassie for less than a week, here’s what an expert recommends: three days chasing bream, the day after that chasing big salmon, and on the last day, take a boat out for some southern bluefin tuna and, if you’re lucky, perhaps even a mako shark or striped marlin. 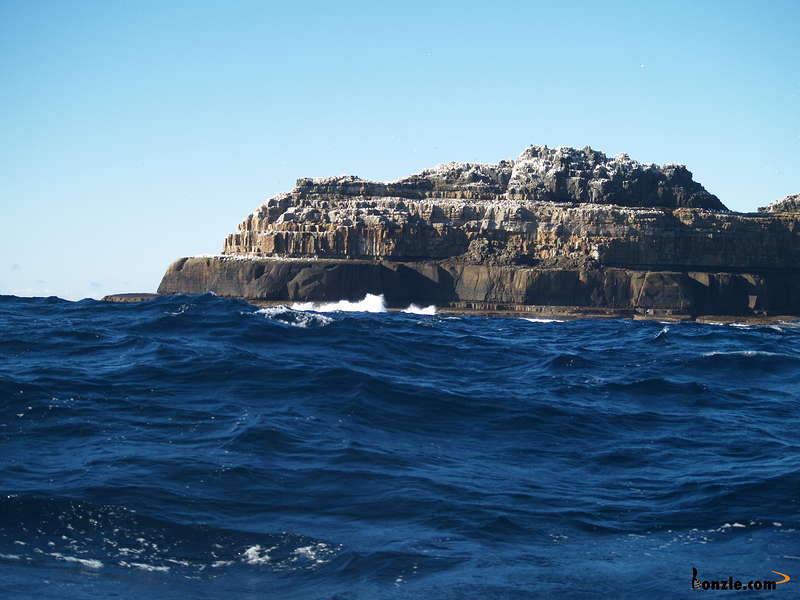 The fishing in the southern part of Tasmania is great, but Pedra Branca, Australia’s southernmost national park, takes it to another level, especially when it comes to southern bluefin tuna. Just bear in mind that you will need a pretty decent sized vessel to tackle southern bluefin tuna, so professional charter boats really often are the way to go.

Here in the southern seas of Tasmania, one can expect short swells and sometimes very choppy waters, so be warned. Ironically, while calm weather would certainly make for a more pleasant day out, it is when the seas are rough that most fishermen find it most productive. And of course, Pedra Branca, which is some 26 kilometres off the southeast tip of Tasmania, is among the most productive areas of all.

Most trips to Pedra Branca depart from Southport while others depart from Catamaran, which is the closest launching ramp. It’s well worth the trip, for out here is marine life at its richest – in addition to a massive haul, expect to be fishing among breeching whales, diving sea birds and lots of seals. Be sure to try bottom fishing on the reefs for striped trumpeter, one of the best table fish in the ocean, and while you’re in the southern islands, the Maatsuyker Group of Islands is another prime spot you won’t want to miss. 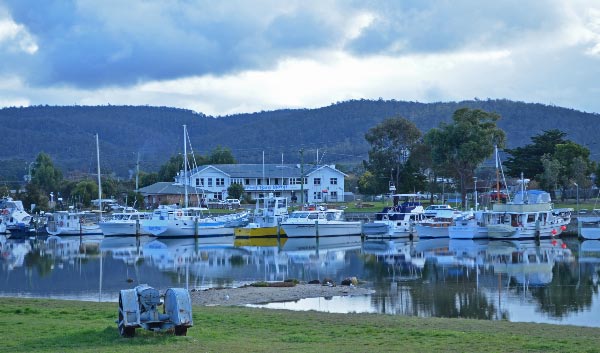 The east coast of Tasmania is heaven for anglers of all levels, with the area around Coles Bay and Swansea being especially perfect for calamari, flathead and gummy shark fishing. Experienced anglers especially recommend the stretch from St. Helens Point all the way down to Bicheno.

Try your luck at a beach, jetty or river, or if you’re really game, most coastal towns offer boat ramps and gear hire too. There are plenty of good fishing spots along the Great Eastern Drive, while the really adventurous might even want to try for abalone or southern rock lobster (licenses required).

The rivers on the east coast of Tasmania are said to offer some of the best bream fishing in Australia, with the Derwent River boasting the biggest weight of bream ever weighed in an ABT (Australian Bass Tournaments) bream tournament – nearly 13 kilograms for 10 fish. Other top spots include Little Swanport, Swan River, Scamander River, Ansons River and Musselroe River. 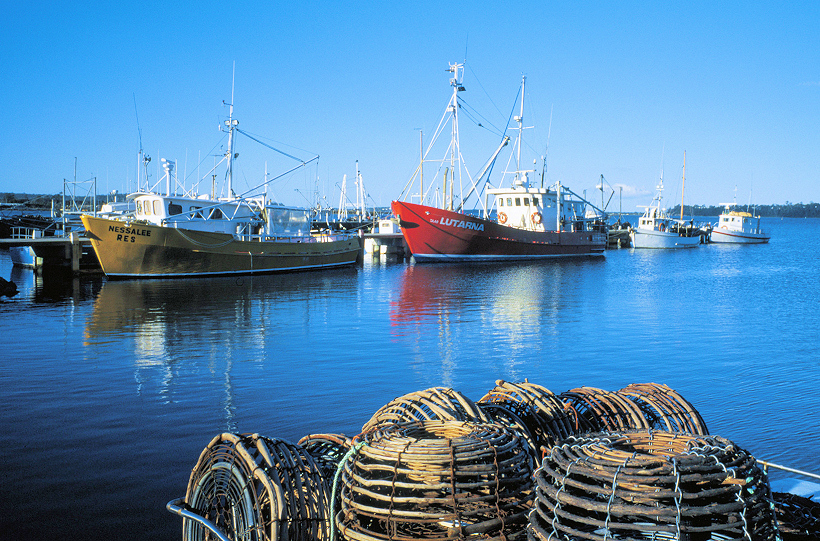 Located on the east coast of Tasmania, nestled on Georges Bay, the township of St. Helens gets special mention for its great fishing all year round, with the best game fishing to be had from December to June.

Armed with the right equipment and a bit of luck, Australian salmon, flathead, garfish, albacore, yellowfin tuna, striped marlin, mako shark, blue eye trevalla, swordfish, bluefin tuna, kingfish and/or hapuka could be yours when you join a deep sea fishing trip or professional game fishing charter. As long as you’re up for it, this is one of the best places to give offshore and big game fishing a try.

At the same time, there’s also estuary and bay fishing to explore. Salmon and bream fishing are best from November to June, while you’re most likely to catch big garfish from March to September. The rivers and lagoons to the north and south of St Helens are especially great for bream fishing, while Georges Bay is ideal for those wishing to use a fly rod on salmon, garfish and bream.