If you’re not already a quinoa fan, here’s why you’re missing out big time 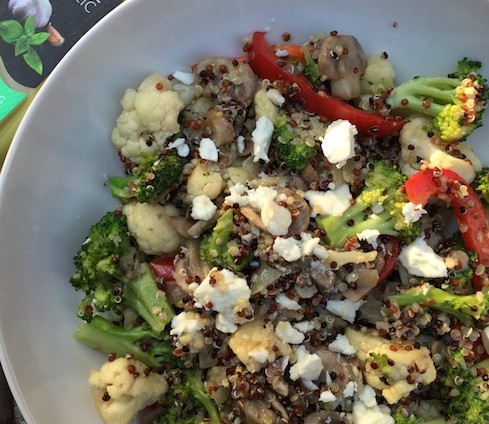 High up in the Andes, the quinoa (pronounced keen-whah) harvest will begin in late March, as it has done for many years. Back in 1955, researcher Philip White wrote an article, which, at the time, very few people read, but he hailed quinoa as a superfood 50 years before the marketing gurus even coined the term “superfood”.

White wrote, “While no single food can supply all the essential life sustaining nutrients, quinoa comes as close as any other in the plant or animal kingdom.” So why has it taken so long for us to cotton on to this amazing food source, and why is it so popular now? Before looking at some of the properties of quinoa, it would help to know exactly what it is, and what forms it can come in.

Although it looks like small grains of cereal, quinoa is what is known as a “pseudo-cereal”, which refers to foods cooked and eaten like grains and that have similar nutrients. There are around 120 known varieties of quinoa, but the ones that are most commercially available and most frequently cultivated are red, black and white (sometimes called ivory or yellow) quinoa.

Quinoa flour and quinoa flakes are now becoming much more available, and can often be found in health food stores. As it grows in popularity, more and more quinoa products can be found on the shelves of wholefood stores, as well as supermarkets, and this can range from quinoa pasta and breakfast cereals to even beverages.

What are the benefits of quinoa?

There has been an increasing amount of research into the health benefits of quinoa and the composition of this important plant food. It has been found that quinoa contains all nine essential amino acids needed to support the growth and development of the human body, and therefore is known as a complete protein.

It also can be helpful in reducing the risk of diabetes, and it helps to make you feel fuller for longer, staving off hunger pangs that have you reaching for snacks and sugary foods. It is so packed with nutrients that it has been termed by the marketing world as one of the superfoods recommended for a healthy diet.

Why is it so popular?

More people are turning to a vegetarian or vegan diet than ever before, and being a complete protein, quinoa is an excellent and versatile alternative to meat. Due to its versatility, it can also be made into a range of products that can act as a healthy and nutritious substitute for everyday staple foods. One of these alternatives is quinoa flour and pasta, which, for those individuals on a gluten free diet, has proved to be a winner.

Gluten is usually found in wheat and other grains such as rye and barley. Gluten is the substance that helps dough rise, and that gives the end product a chewy taste as well as its elasticity. For those people who have an allergy to wheat or who suffer from celiac disease, a disorder of the small intestine, gluten could cause some health problems. Being able to use quinoa products such as pasta or flour allows celiac sufferers, as well as those people who make a choice not to eat animal products, to enjoy an everyday selection of food dishes, so it is no wonder that its popularity is ever increasing with today’s modern families.

At Red Kellys Tasmania, we’re big fans of quinoa. We love how it goes so beautifully with different types of salads, and the way it easily elevates a simple dish into a satisfying and nutritious standalone meal. Here are our top 3 favourite quinoa recipes: